'You Need To Control Your Anger': Swati Maliwal To Husband After His Rape Remark

Jaihind made the remarks while condemning the BJP government in Haryana for giving only Rs 2 lakh as compensation to the Rewari gangrape victim. 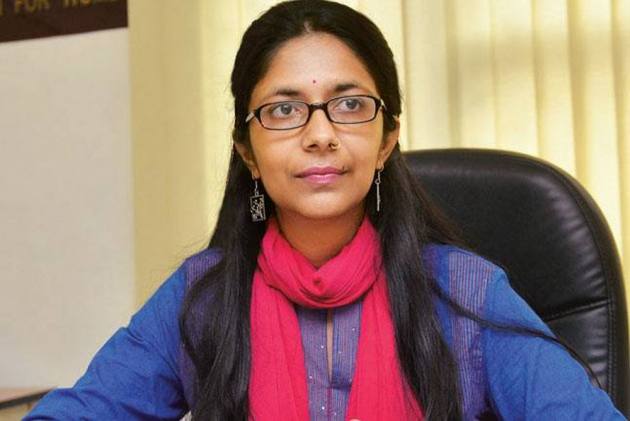 AAP's Haryana unit chief Naveen Jaihind needs to control his anger, said his wife and Delhi Commission for Women Chairperson Swati Maliwal as she condemned his statement that he will give Rs 20 lakh to any BJP leader who gets sexually assaulted by 10 people.

Jaihind made the remarks while condemning the BJP government in Haryana for giving only Rs 2 lakh as compensation to the Rewari gangrape victim.

Noting that the incident should shock the conscience of the nation, Maliwal said she sympathises with the anger and pain of Jaihind but not with his statement.

"I sympathise with his anger and pain but I do not sympathise with what he has spoken. I do not agree with his statement and I condemn it. I would suggest to Naveen Jaihind that it is okay that you are feeling angry but when you are in a public space you need to control your anger. You need to be careful of what you are speaking," she said.

The 19-year-old rape victim's family had Saturday decided to return a cheque of Rs 2 lakh handed over to them by officials under the Haryana Victim Compensation Scheme, 2013.

"Is a woman's honours worth Rs 2 lakh?" Jaihind told reporters in Rohtak on Tuesday. "Be ashamed, chief minister 'sahab'."

The Aam Aadmi Party leader alleged that BJP government in the state has completely failed on the law and order and women safety front.